We are a Christian based organization that was founded in the year 2002
by Radim Passer, a well known Czech developer.

The name MARANATHA comes from Aramaic, and its direct translation is,

“The Lord is coming.”

Our purpose is to share the hope that we have received through faith in Jesus Christ.

Hope in a life lived to the fullest, with better relationships, a healthier lifestyle, and forgiveness.  In a point of view that goes beyond the borders of time. It is a hope in eternal life, that death will not end, and that through faith in Jesus Christ we can look forward to eternal life in a world without pain, evil and death. Our effort is to pass on this hope through the realization and support of different projects that introduce Jesus and His love for us to society.

Founder and president of the organization Radim Passer

The word “Maranatha” means “The Lord is coming.” 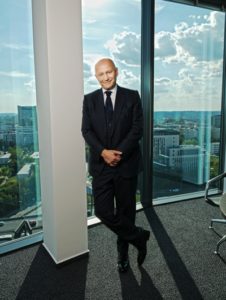 There has ever and only existed one reason which led me to the founding of the Maranatha organization. That reason is that through our joy we can help as many people as possible on their journey to eternal life. The Lord, Jesus Christ, God’s Son and the promised Messiah, is the only hope for us which leads beyond the grave. The hope in a personal meeting with Jesus Christ, the awaited Messiah, flows through all Biblical prophecies. Even the very close of the Bible goes, “Look, I am coming soon! My reward is with me, and I will give to each person according to what they have done. I am the Alpha and the Omega, the First and the Last, the Beginning and the End… He who testifies to these things says, “Yes, I am coming soon.” Amen. Come, Lord Jesus.”

Within itself, “Maranatha” also expresses a prayer, which we can also translate as a request:
“Come, Lord!” The first generation of Christians was already awaiting the soon Second coming of Jesus. And still today it is the greatest event that our planet’s history is waiting for. More than two thousand years have passed since the resurrection and the ascension of Jesus Christ, and it may seem that the “soon” coming is not quite that soon. However, God’s existence stands beyond the space and time by which we are limited.
The Apostle Peter wrote: “But do not forget this one thing, dear friends: With the Lord a day is like a thousand years, and a thousand years are like a day” (2 Peter 3:8).
If we look at the predictions of Jesus’ soon coming, we see that from the perspective of an average human life lived in the first century A.D. His coming was just as soon as for the generations that would come afterward.
Meeting with Jesus Christ at His second coming is not, however, dependant on the development of history, but also on when our life ends. Both believers and nonbelievers share one thing in common – the certainty of death. The only question that remains is when and where it will happen. On the topic of what happens after death, the Bible answers directly. “For the living know that they will die, but the dead know nothing; they have no further reward, and even their name is forgotten. Their love, their hate, and their jealousy have long since vanished; never again will they have a part in anything that happens under the sun” (Ecclesiastes 9:5,6). In other words, it can be said that from God’s point of view, death is only an unconscious sleep. As we fall asleep, we lose all consciousness of time. For that reason it can be understood that for Christians living long ago, the nearness of the coming of Christ was understood in relation to the length of their lives.

But after death comes the resurrection. Describing the events of His second coming, Jesus Himself said, “…a time is coming when all who are in their graves will hear his voice and come out—those who have done what is good will rise to live, and those who have done what is evil will rise to be condemned” (John 5:28,29). When will it happen? “He said to them: “It is not for you to know the times or dates the Father has set by his own authority” (Acts 1:7). Providentially, God did not share the exact time that the second coming of Jesus Christ would take place. “But about that day or hour no one knows, not even the angels in heaven, nor the Son, but only the Father.” (Matthew 24:32-36) When Jesus was still on this earth, He shared events and happenings that would take place before the time of His coming. Jesus shared with his followers how according to the development of society many will realize that the closing events of history are taking place and the approach of His glorious second coming.

According to Bible prophecy, we are living in the time of the end since the year 1844. In association to this period of history, the good news of the soon coming of Jesus Christ will reach the entire world. Fulfilling the prophecy that, “And this gospel of the kingdom will be preached in the whole world as a testimony to all nations, and then the end will come” (Matthew 24:14). The end will at the same time be a new beginning. The beginning for everyone who has accepted the gift of God’s grace and the gift of eternal life. “For it is by grace you have been saved, through faith—and this is not from yourselves, it is the gift of God – not by works, so that no one can boast” (Ephesians 2:8,9). Jesus said, “I am the resurrection and the life. The one who believes in me will live, even though they die; and whoever lives by believing in me will never die. Do you believe this?” (John 11:25)

I believe it. And that is why the Christian support organization Maranatha was founded. Our purpose is to help people search and find the way to God, who is the giver of life. He is the Creator of everything in heaven and on earth. But still he cares about us so much, that He came to this world, to pay the highest price for our guilt and sins, and so He became our Redeemer and Savior. “Salvation is found in no one else, for there is no other name under heaven given to mankind by which we must be saved” (Acts 4:12).

We live in an exceptional time. There is only a small portion of Bible prophecy that is yet to be fulfilled. Choosing to follow Jesus still remains the best decision. That is the current experience of millions of people in the present world as well as my own personal experiece.

We believe that the Bible is a letter from God to humanity and that it holds an amazing quantity of valuable advice. Our work, therefore, is based primarily on biblical sources and also on life experiences. We want to make the knowledge of new life values and their practical application available. Our work focuses mainly on the Czech Republic and Slovakia, but we also support some projects far beyond our borders with the goal of bringing positive values to different people in various places. Diversity is a part of our work, so you can see that we organize lectures, seminars, bible studies, youth summer evangelism meetings, scientific meetings about the origin of the world, and children’s days. An integral part of our work is the propagation and support of a healthier lifestyle.
That is why we operate a vegetarian restaurant and a health food store at the BB Center site in Prague.

We use cookies.I understand